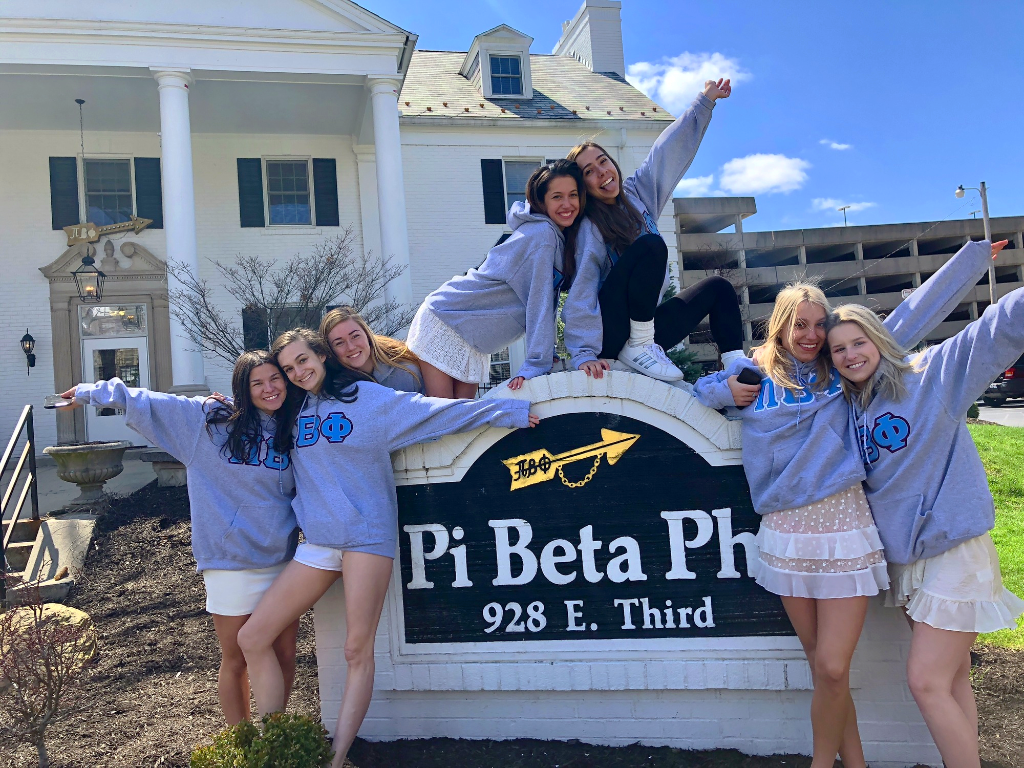 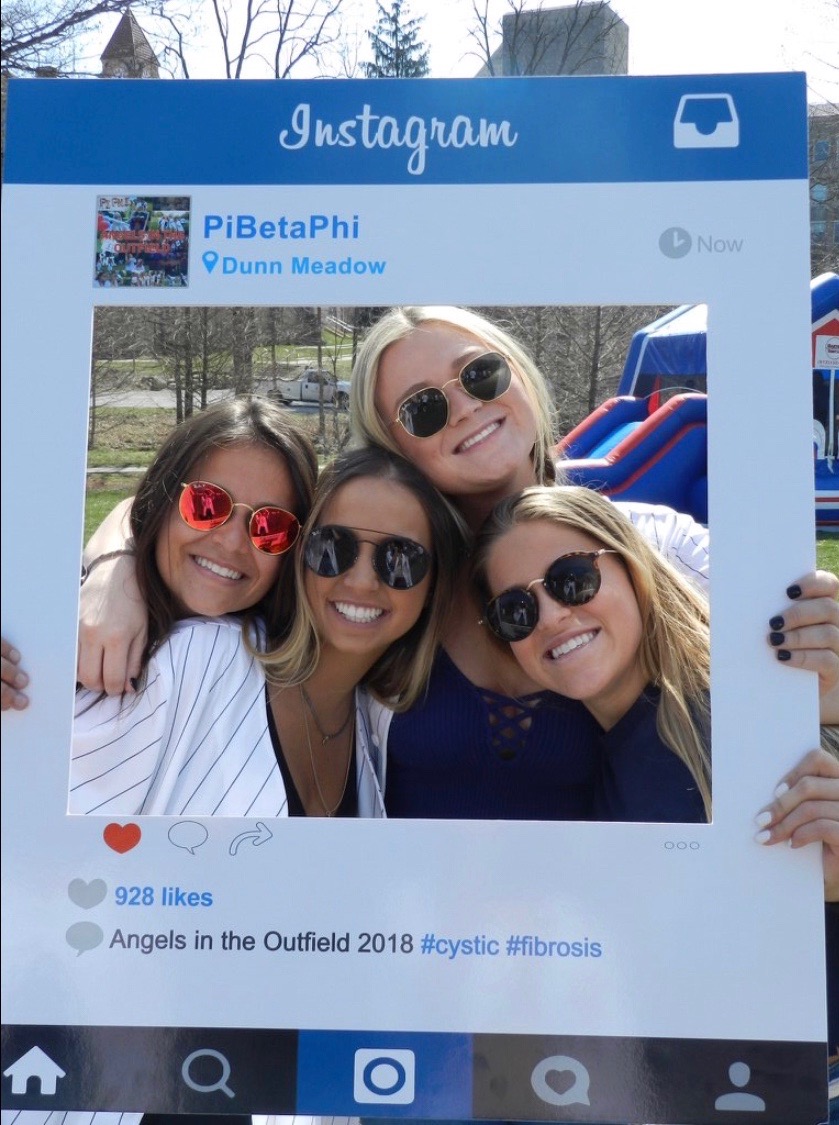 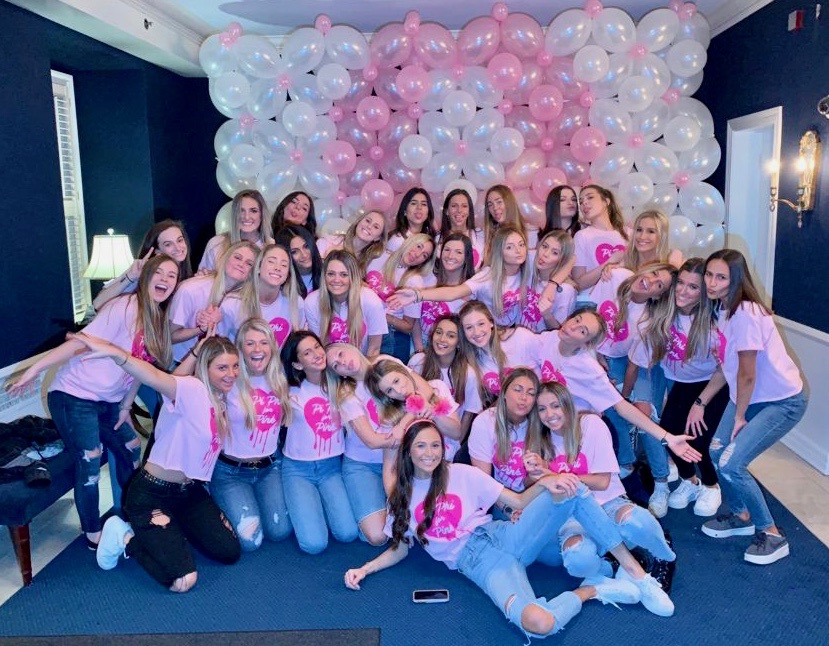 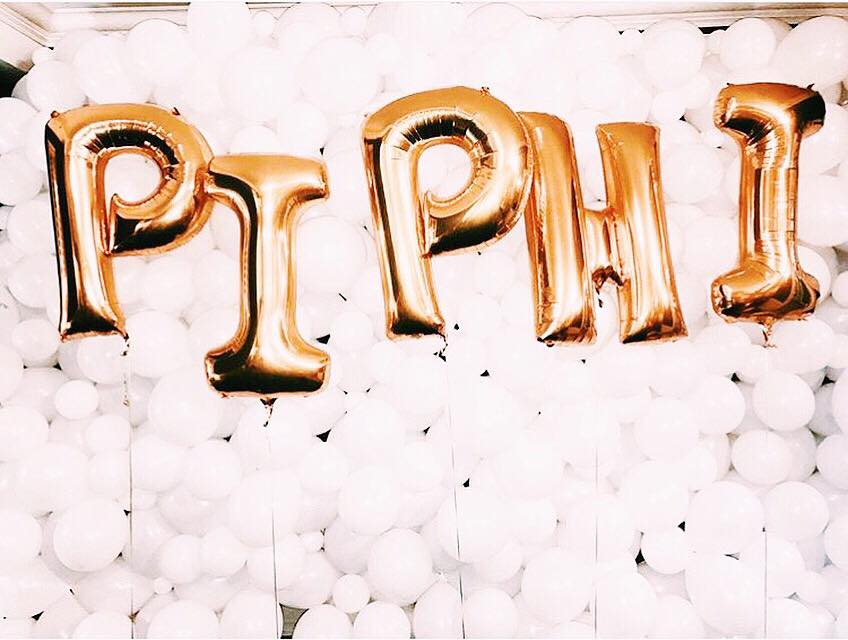 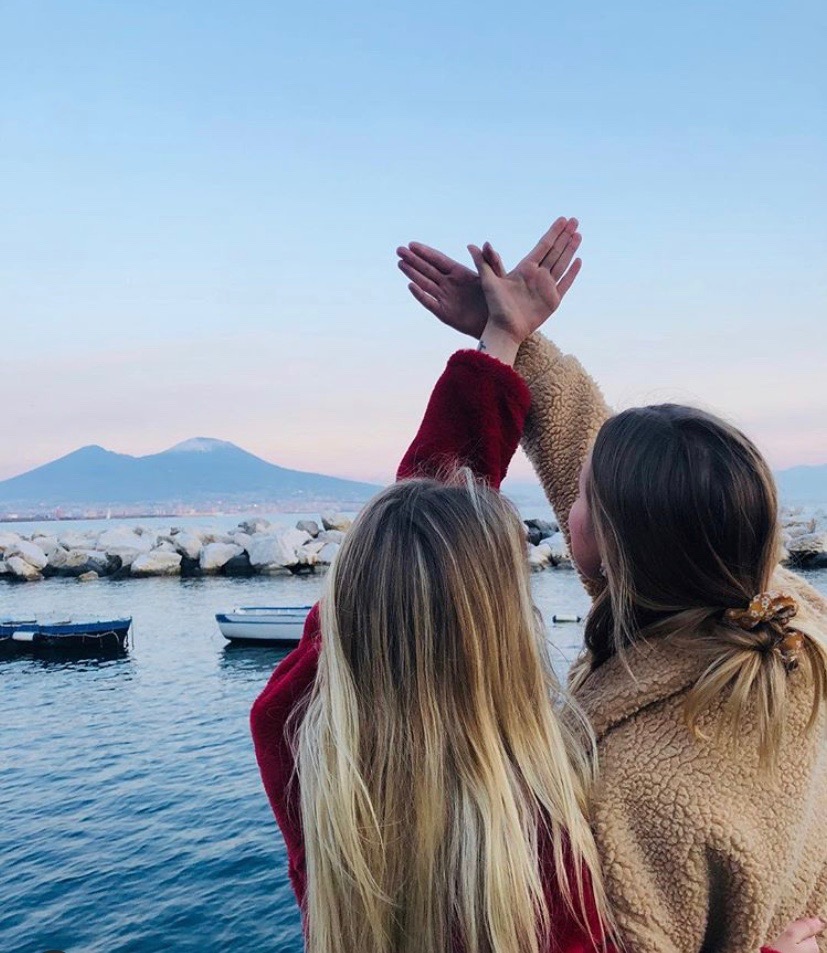 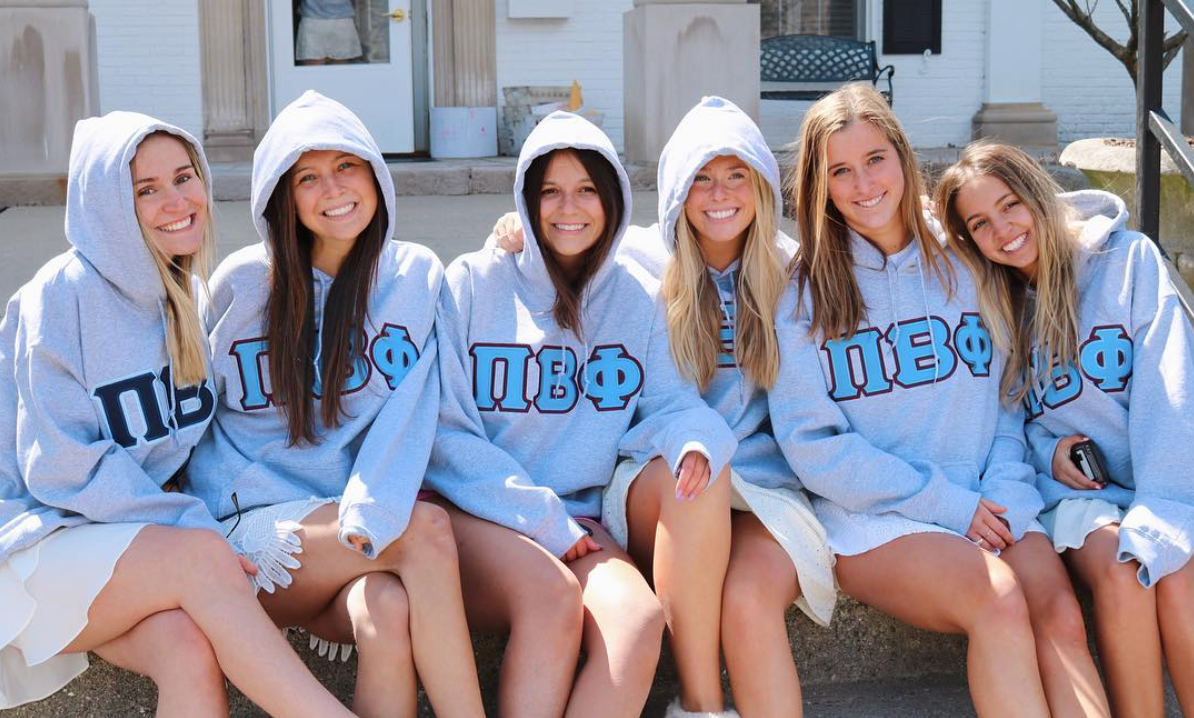 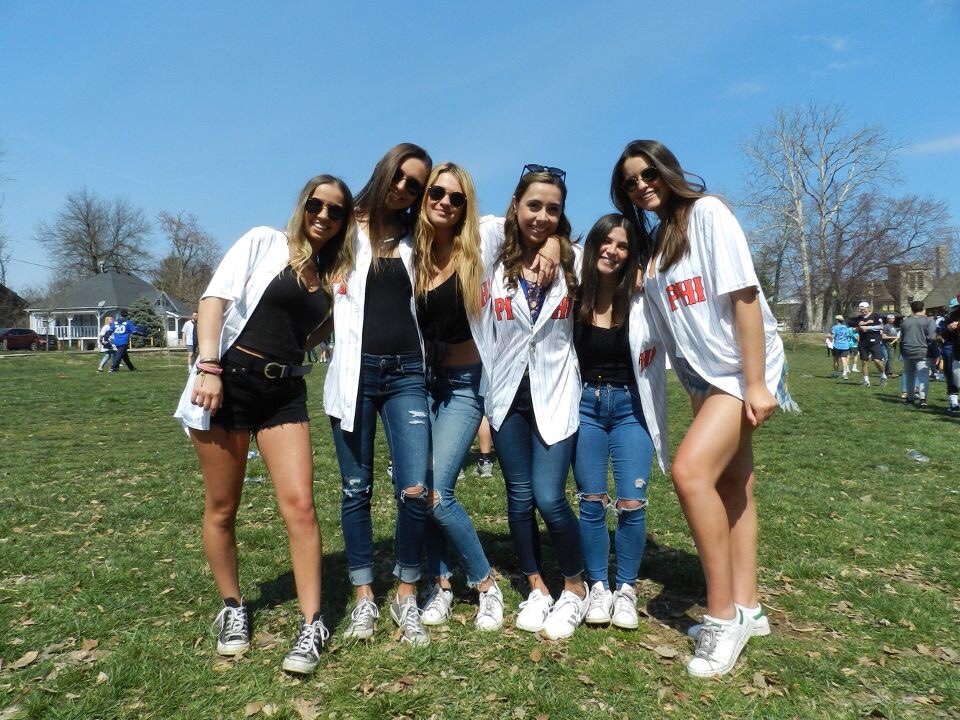 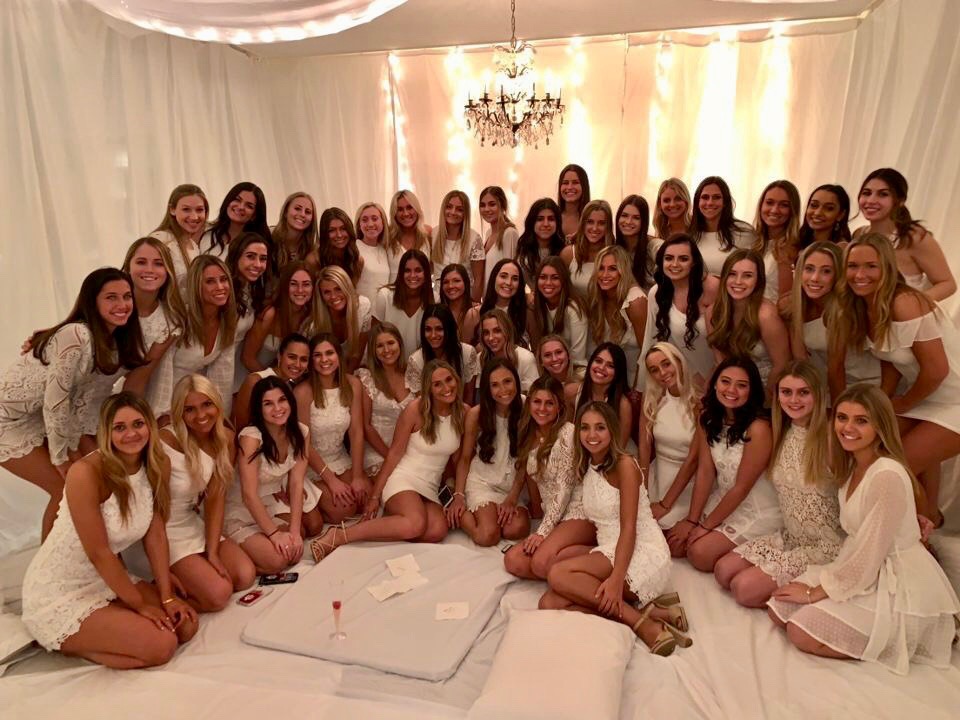 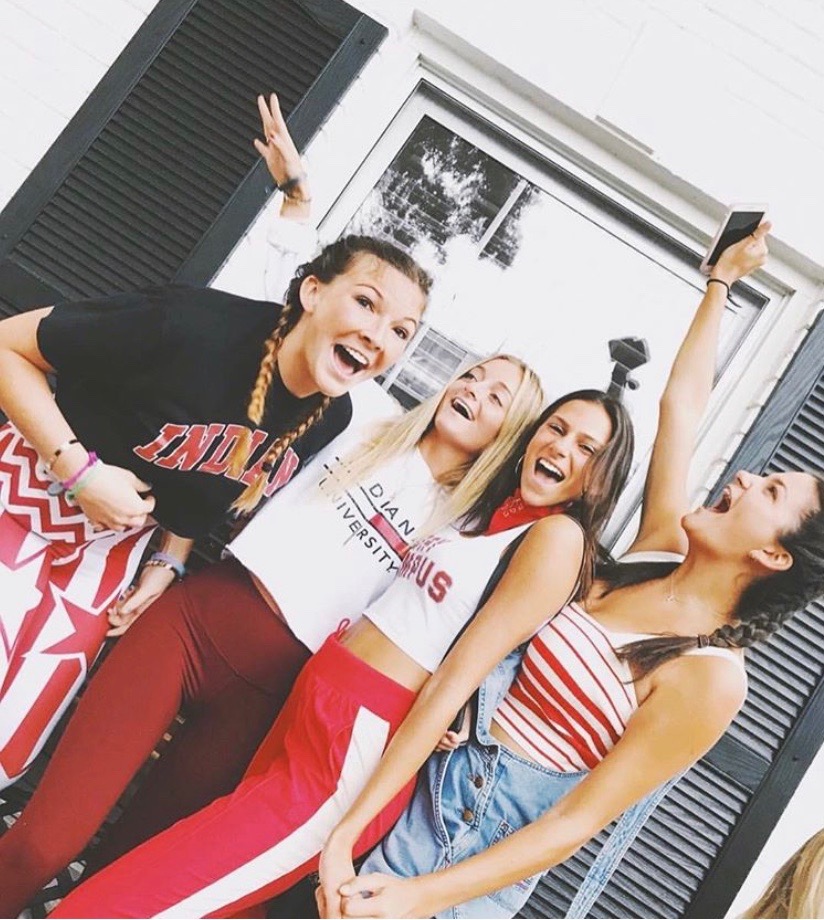 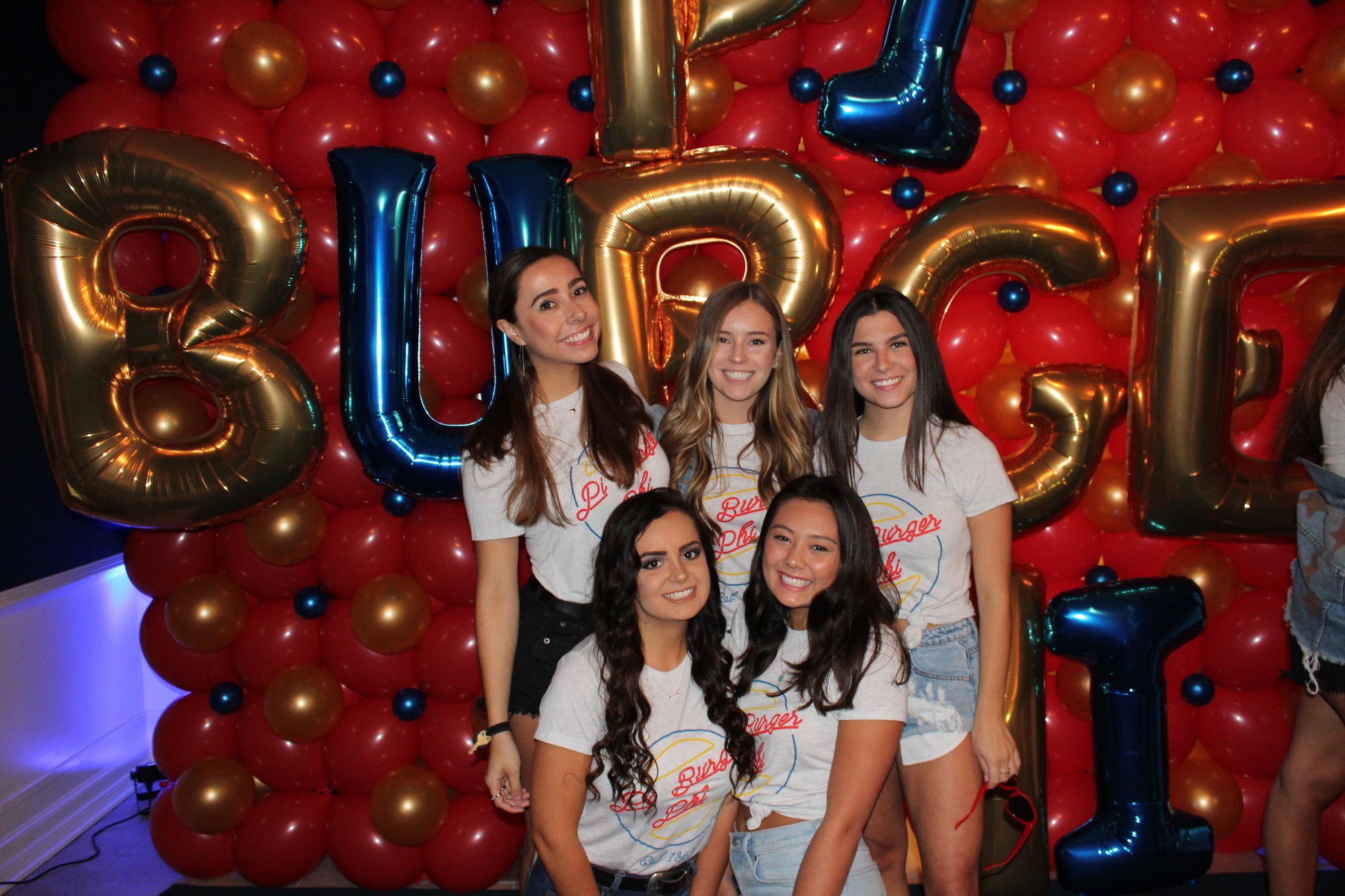 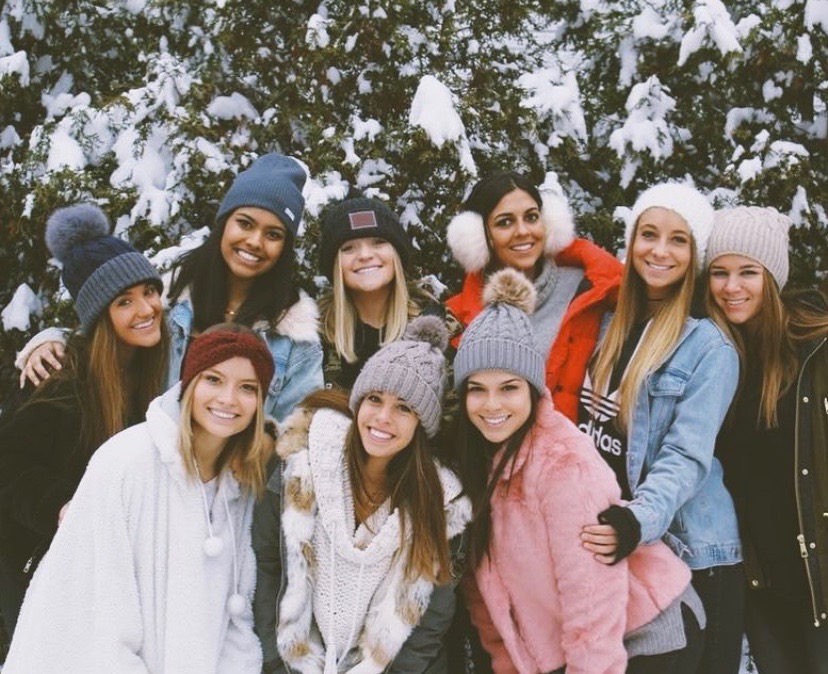 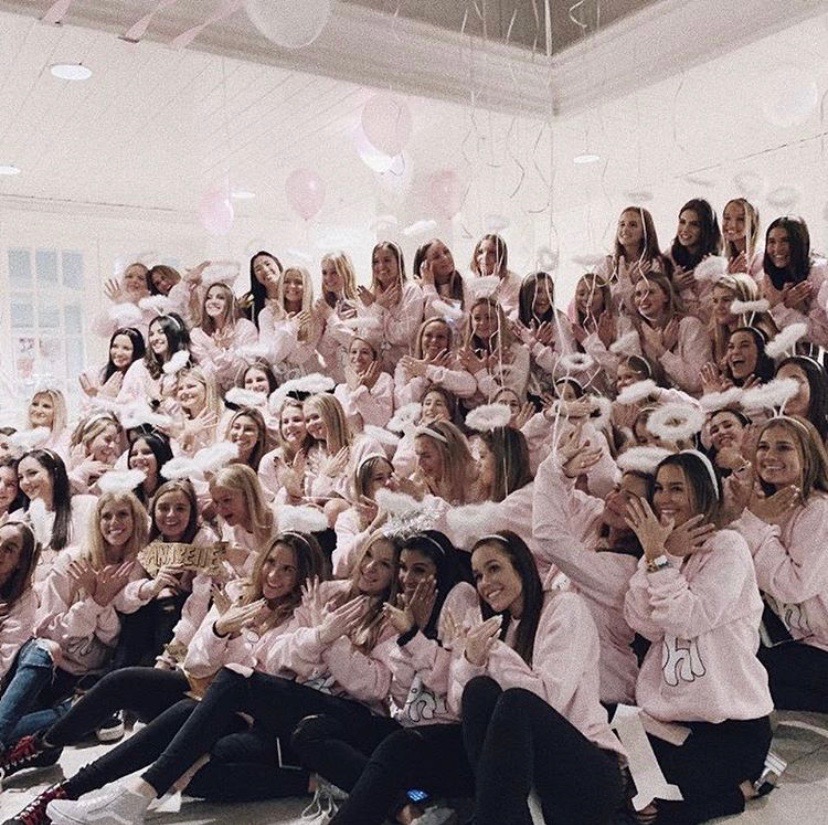 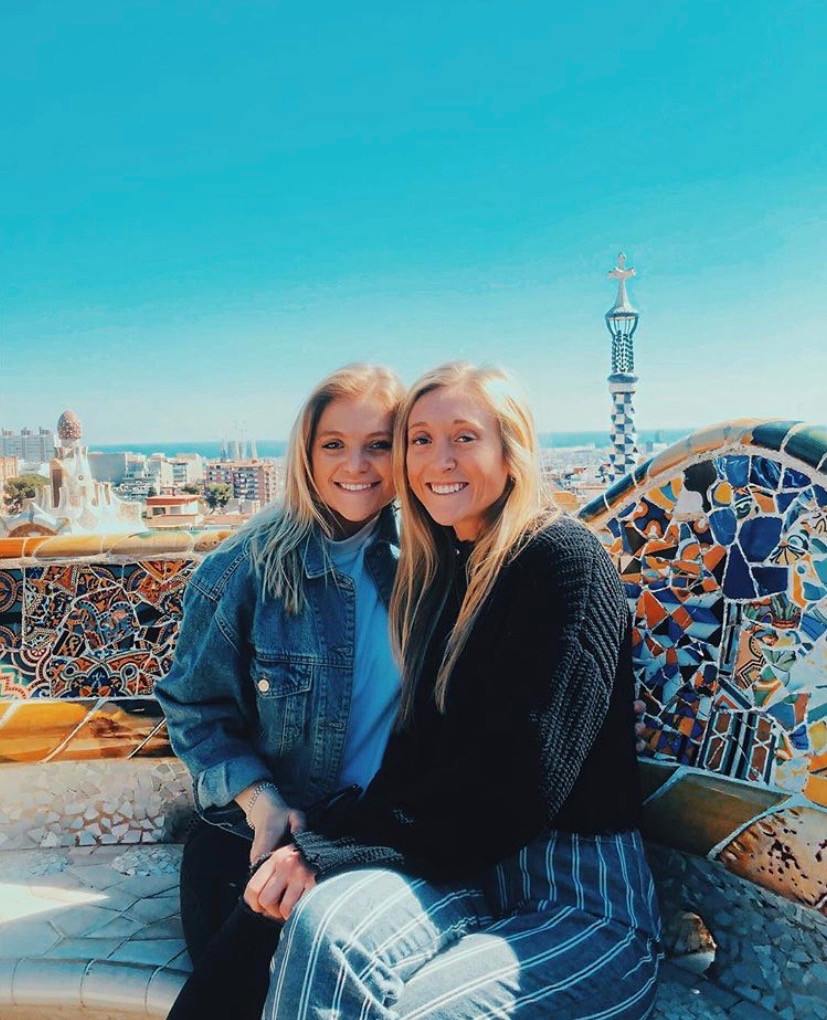 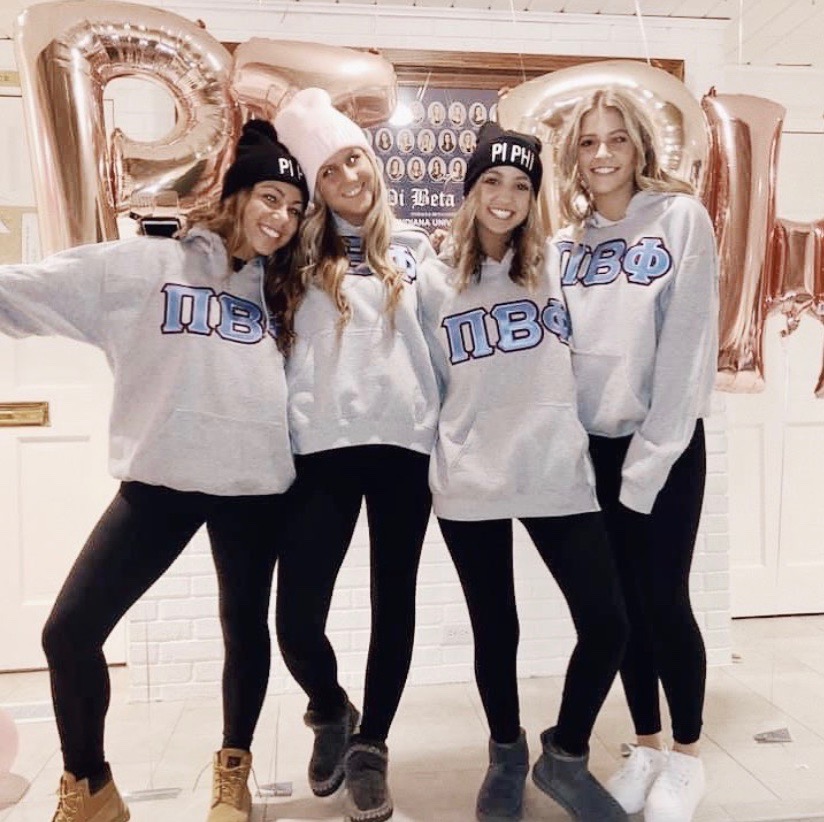 and many, many more!!

After a six-year hiatus, the newly initiated women of Indiana Beta took it upon themselves to restart a chapter tradition. On April 12, 2019, four Pi Phi women raced in the Little 500.

The Little 500 is the largest collegiate bike race in the United States. Modeled after the Indianapolis 500, riders compete in four-person teams around a quarter-mile cinder track at Bill Armstrong Stadium on the campus of Indiana University. The men’s race is 200 laps (50 miles) and the women’s race is 100 laps (25 miles).

Indiana Beta had a bike team every year from 1995 to 2013, even winning the race in 2009. Given the six-year break, the chapter was ecstatic to form a team again. This year’s team consisted of three freshmen and one sophomore. All women are part of the 2019 new member class.

“Little 5 seemed really really intimidating but it really isn’t that bad as long as you put in the time and are confident in yourself and your team,” freshman Lauryn Blank said.

For rookie week, they were expected to put in 17 hours of training over the course of two weeks. After that, each rider had to put in about six hours each week.

“Being on the bike team has really challenged each of us to learn a new style of biking quickly and work together to help each other through hard workouts,” sophomore Marielle Dagassan said. “It has taught me to not be afraid to try things out of my comfort zone and has showed me that we are all stronger than we think,” freshman Anissa Patel added.

Unfortunately, Blank injured herself the Tuesday before the race. As she was training, she fell of the bike and broke her collar bone. Although this was devastating for her and the chapter, the team was able to push through and still compete even if it was just with three riders. Blank had a positive attitude throughout and supported her team in any way possible.

“Getting injured the week of the race makes me even more motivated for next year. I wouldn’t recommend it, but it was worth it,” she said.

This event is extremely competitive and almost every sorority on campus competes. “Being on the track with women who’ve trained all year for this was really inspiring because it showed [us] where we can get if we keep training and pushing ourselves,” freshman Ally Weissman said.

“Indiana Beta alumnae are so proud of our riders. I was honored to help and see the restart of our racing team,” Linda McClary said.

The chapter is extremely proud of all the hard work and dedication these four riders put in. The women of Indiana Beta cannot wait to watch their team race again next year and see what the future of Pi Phi racing holds.

“Overall it was a great experience and to be able to look back years from now and know that we competed in Little 500 is such a great accomplishment and I can't wait to race again!” Dagassan said. 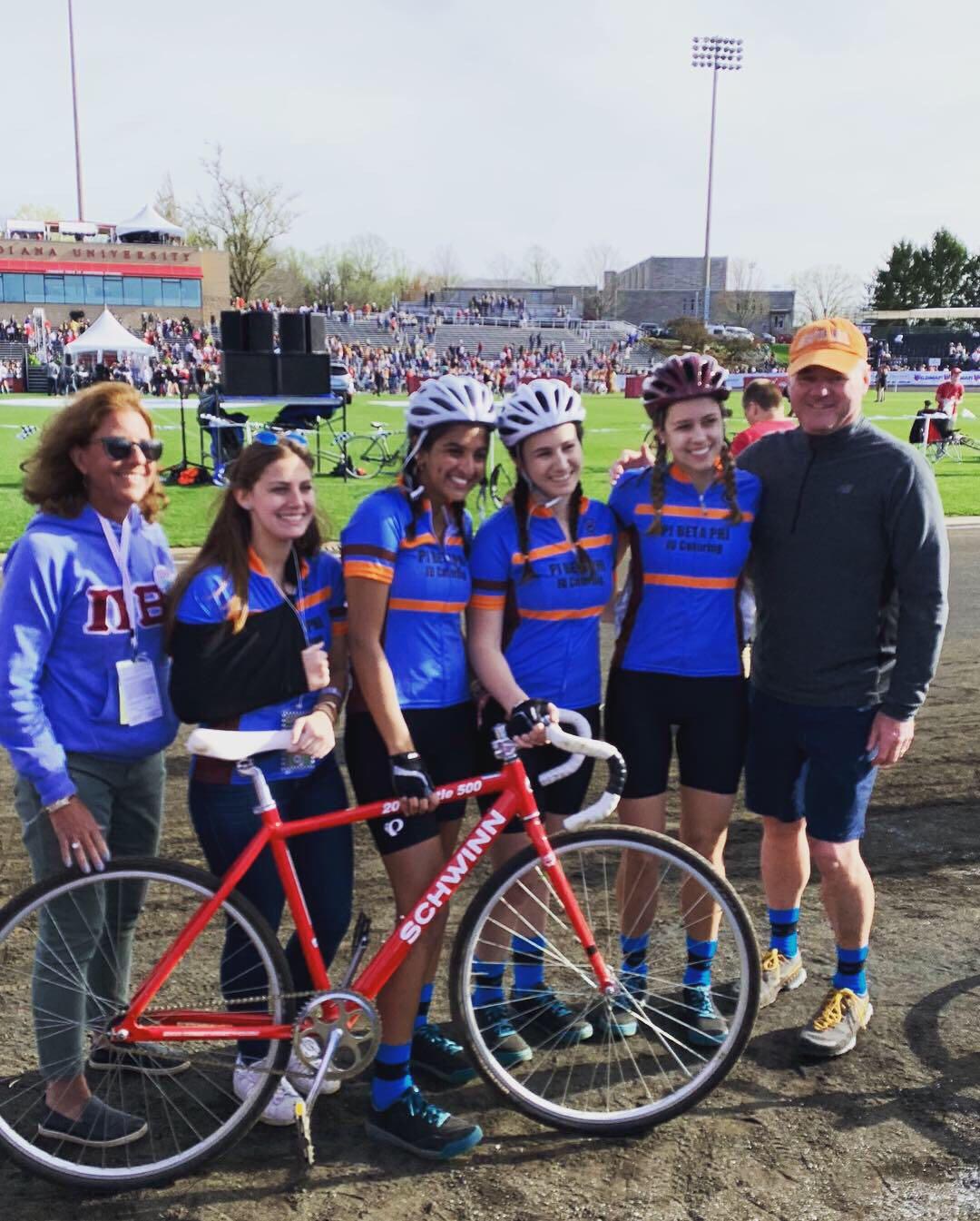 Personal growth is one of Pi Beta Phi’s core values that the women at Indiana Beta are extremely passionate about. Every day we strive for positive growth and improvement. May it be through academics, extracurricular involvement or philanthropic service, the women at this chapter go above and beyond.

On January 20, the Indiana University Crimson All-Girl Cheerleading squad won its sixth Division 1-A UCA College National Cheerleading Championship. This competition is known to be the most prestigious college cheerleading competition in the country. It is held at the ESPN Wide World of Sports Complex at the Walt Disney World Resort in Florida. Last year, the team came in fifth place, which was only the second time in seven years that they didn’t claim the national title. Two of our members, McKenna Renier and Ava Dickmann, were a part of this year’s winning squad.

“My experience being a cheerleader at IU is unlike anything I have experienced before,” said Renier. “I came from a competitive cheerleading background which involved traveling around the country to compete but with an outside organization. That being said, this is the first time I’ve cheered for my school and it is incredible. Representing IU in a sport is something much bigger than myself, it is tradition and honor and something I will cherish for the rest of my life.”

Dickmann has also had a very similar experience with the program. “My experience as an IU Cheerleader has given me the opportunity to grow as not only a cheerleader, but a person more than anything else,” she said. “Cheering at Indiana has taught me so many valuable lessons that pertain to all aspects of life and has given me something to really be proud of.”

Having a strong support system in Pi Phi is something that they both appreciate. “From the very beginning when my sisters learned I was a cheerleader they immediately supported me in any way they could,” said Renier. “The support from everyone was amazing especially when life got very busy with games and school they were always there to help.” Dickmann added, “I am so thankful to be part of such a humbling program and am grateful to have my Pi Phi sisters as an extra support system!”

The women of Indiana Beta could not be prouder of McKenna and Ava. Thank you for putting forth an example for the rest of your sisters. 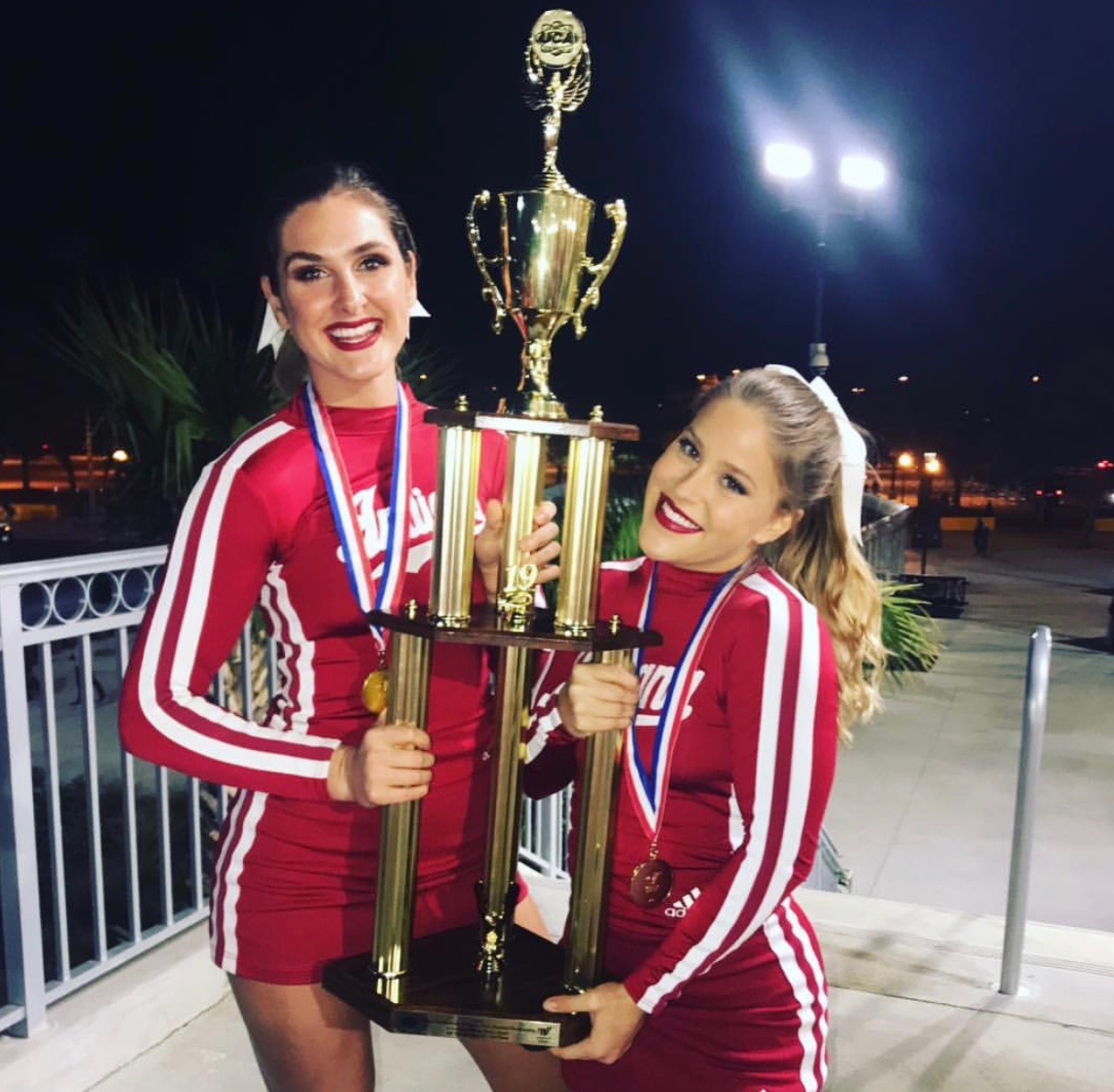 Ava Dickmann and McKenna Renier pose with the championship trophy. 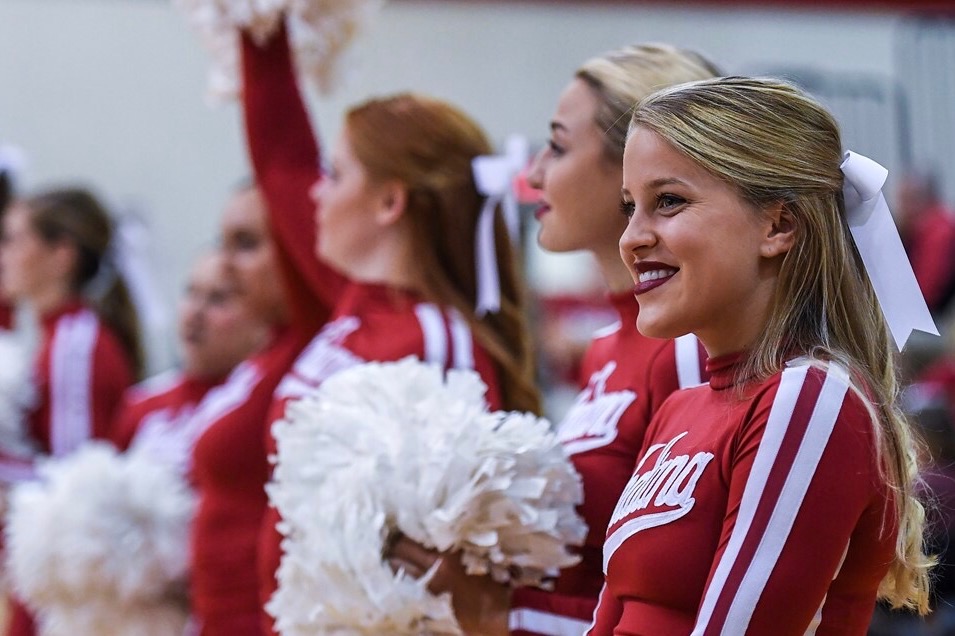 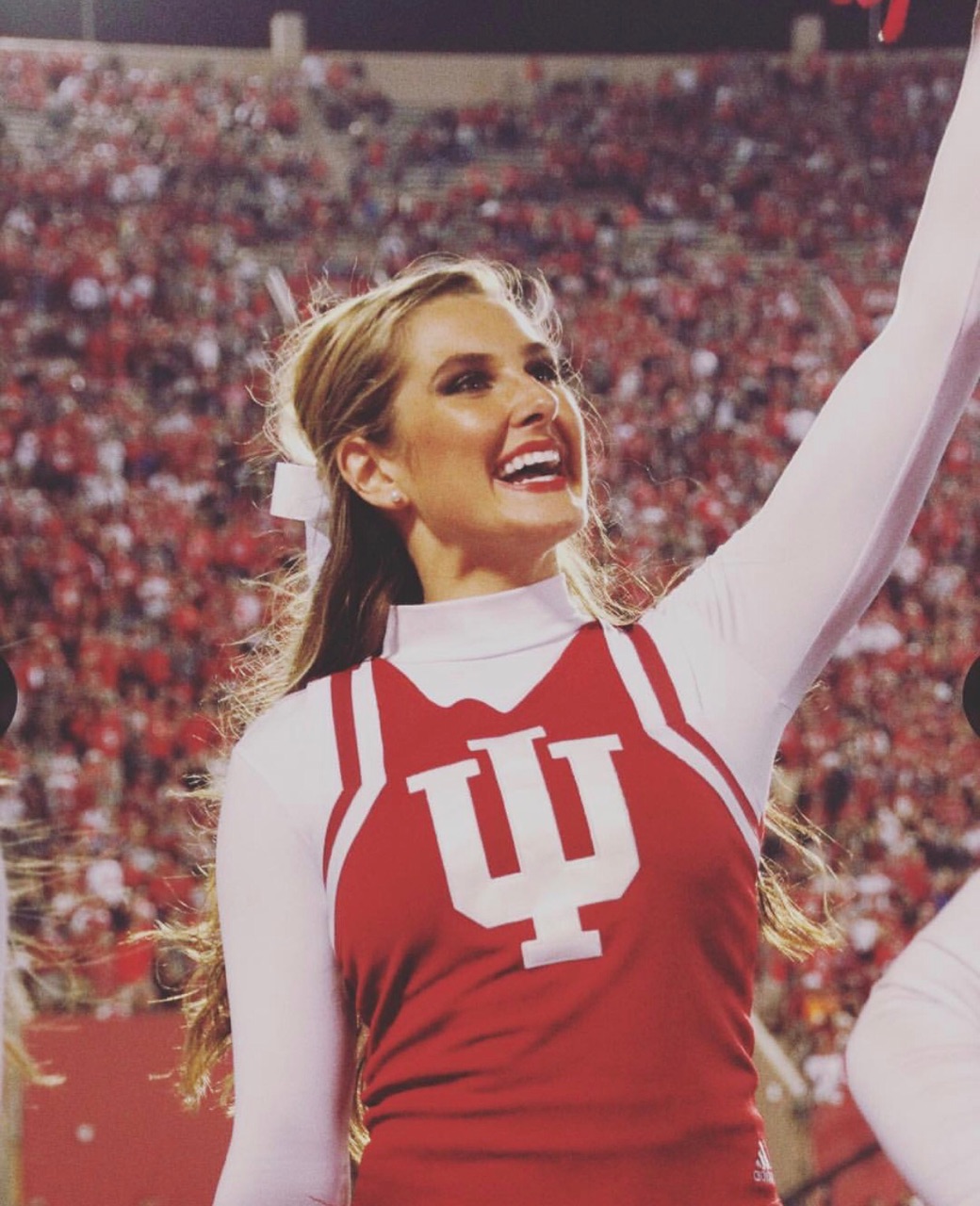